Praise for The Blossom or the Bole Book 2

This is a superb book. Very poignant; sad in many ways and a great story which reflects the culture and the domestic lifestyle of so many families back in the day.

The grinding poverty and sectarian tensions. It’s all there.

This year marks the 100th anniversary of the foundation of the Northern Ireland state, and the book shines a light on the dark recesses of what it was like for many families in rural Ireland during the First World War, and the pre-partition days. Even now-a century on- and after all the years of bloodshed and suffering, this book resonated so much.

It may be based in West Tyrone, a part of the world very close to my heart, but the scene could have been set anywhere in the country. It is why I think people will find this true-to-life so fascinating at an important time in the history of this island, north and south.

Reviews for The Blossom or the Bole Book 2

What a page tuner. I picked up this book with a certain anticipation. Having recently reread Book 1, it had left me hanging and the story needed to be followed through.

And boy, The Blossom or the Bole Book 2 does not disappoint! It draws you even more, invoking sympathy and frustration for the characters in equal measure. I felt a real wave of emotion as I anticipated some things from the circumstances but did not see others coming at all - an observer of events in slow motion, muted to intervention by an inevitability I didn’t want to acknowledge.

Pheme makes it feel like we’re eavesdropping on all the conversations going on as she accurately portrays the local dialogue which is an outstanding feature of the story telling. The vernacular humour and its use in relationships - what is not said as much as what is - makes these characters real.

The climatic ending is devastating and when you really think about the situation, entirely fortold, but I didn’t see it. Shocking and no less beguiling, spending time with the Blossom and the Bole is time well-spent indeed. Highly recommended.
Sharon Stephens


Reviews for The Blossom or the Bole Book 1

A wonderful, poignant tale that is heartbreakingly sad. Beautifully written with in-depth knowledge of local history, it is a fascinating account of what life was like for people during those hard times. It is a story of love and war and the difficult choices people were forced to make. Being from England I especially appreciated the Slang References at the end too! This story reminded me of tales my granny would have told me about her family growing up in the mountains. The story took me back to sitting on her knee in the kitchen while she told me of her brothers and sisters on the farm and how life was for them all.
Becky Sterritt

As this book went on I became more and more involved with the characters and felt the pain of their plights. It was wonderful to see them experiencing the joys that they did, even in such hard times. The descriptions of their lives painted vivid pictures and I could imagine exactly the look and smell of the kitchen and the rolling countryside.
Michelle Maguire Greer

The blossom and the bole was a surprise find from my wife's book club which I enjoyed reading. The village of Plumbridge and surrounding area was a wonderful setting for this book and tale of a mixed community at the start of WW1.
Alistair Greer

I shared this book with my parents who loved it. They too had stories from back in the day and enjoyed the details of how people lived with comparatively so little. The story broke my heart at the end - such sad times for people, but it was captured so beautifully by Pheme with her descriptions. I loved both Paul and William and could sympathise equally for their situations. Enjoying local history as I do, this story has encouraged me to take a look back into my own family's past and their stories of war time.
Linsay Fenton

I loved Pheme’s first book. I was hooked from the very beginning. I could imagine the characters and the setting. I especially liked that she had a true time line of the story by linking each chapter to an article from the local newspapers of the time. The papers are historically linked to the Nationalist and Unionist causes respectively. I am really looking forward to the publication of Pheme’s sequel as I want to know what happened next to all the characters. I am an English fan of her work but have my own Irish ancestors as well as an Irish husband!
Kathleen McGale

About the Author
PHEME GLASS is a native of Cookstown in County Tyrone. She has three daughters and two grandchildren and has lived in Omagh since 1966.

Her debut collection of poetry, Seeds of Memory, was published in 2013, followed by her first novel, The Blossom or the Bole, published in 2017 fulfilling her lifelong dream of writing a book.

A sequel to The Blossom or the Bole - Book 2 was published in early 2021.
Order at www.phemeglass.com. 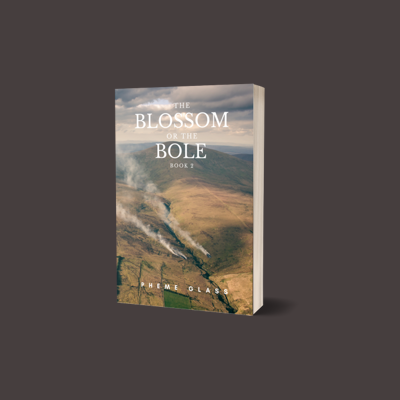 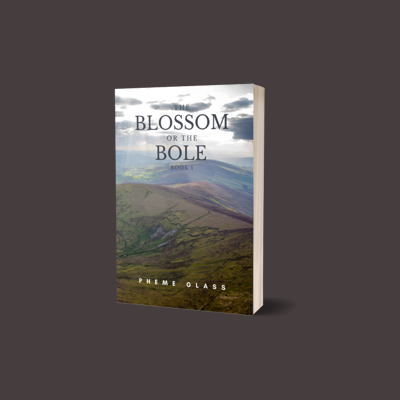 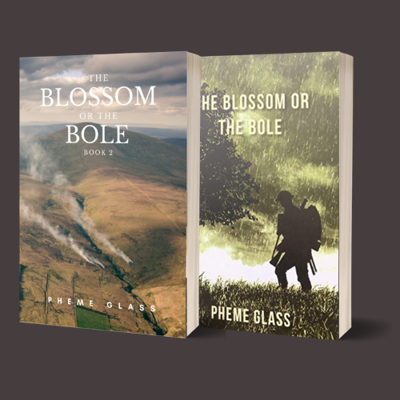